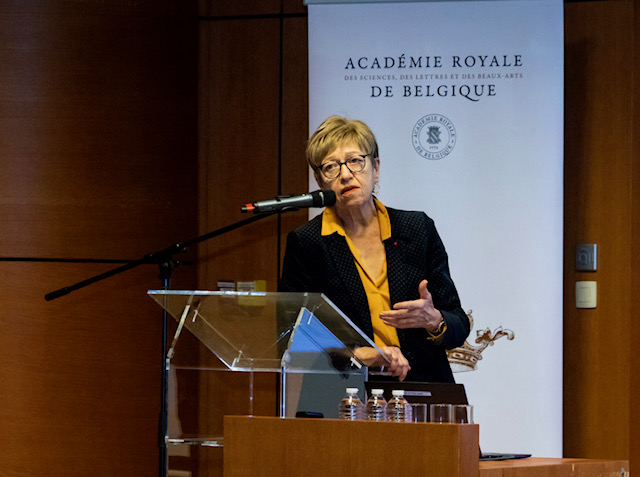 Isabelle Pallot-Frossard, President of the Fondation des sciences du Patrimoine (France), presented the challenges and perspectives of the European Research Infrastructure for Heritage Sciences project (E-RIHS) on December 17th  at the Palais des Académies in Brussels, during a round table on European research infrastructures. The event was organised on the occasion of the 250th anniversary of the Royal Academy of Belgium and was attended by Fabiola Gianotti, Director of CERN, Jean-Pierre Bourguignon, former President of the European Research Council, and Philippe Busquin, Associate Member Emeritus of the Royal Academy of Belgium and former European Commissioner for Research.